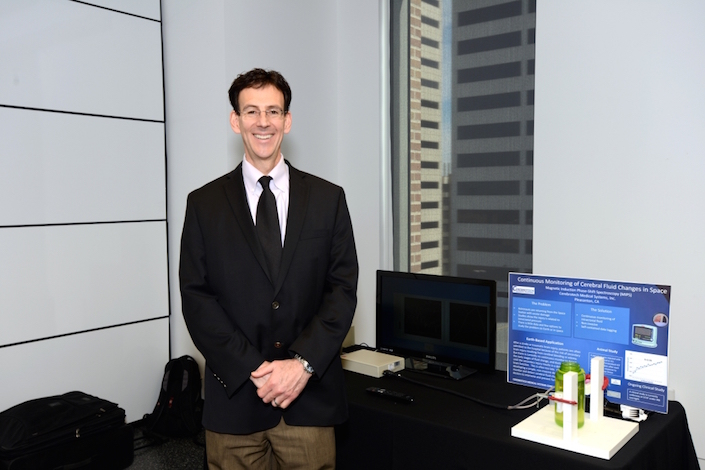 Cerebrotech is developing a device for non-invasive measurement of intracranial fluid volume for Earth and space. Magnetic induction phase-shift spectroscopy (MIPS) is employed in a non-invasive, portable monitor to detect changes in brain fluid levels. Such a solution could advance treatment for more than two million patients hospitalized each year after strokes or brain trauma, and aid in monitoring fluid levels in astronauts as well as assessing the relationship between intracranial fluid build-up and vision impairment.

UPDATE: Where is Cerebrotech Now? 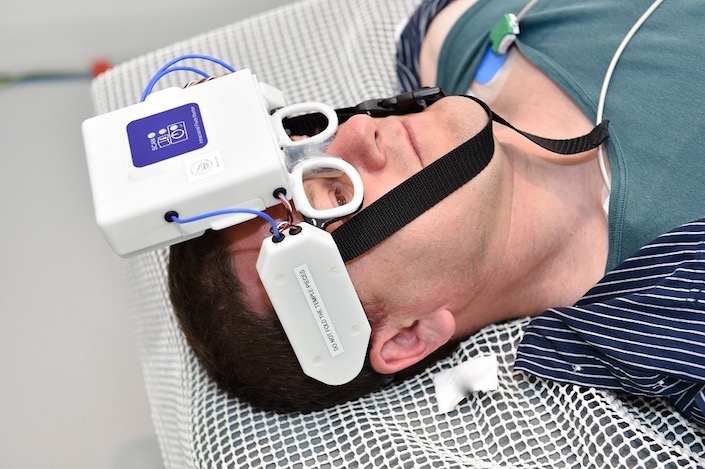 Cerebrotech was awarded a SMARTCAP grant in March of 2013.  The company is developing a device for non-invasive monitoring of changes in the volume of intracranial fluids, which can cause intracranial hypertension, a condition of concern both to NASA and neurologists / neurosurgeons here on Earth.  The device utilizes Volumetric Integral Phase-shift Spectroscopy (VIPS), a technology invented by Dr. Boris Rubinsky and Dr.Cesar Gonzalez at University of California, Berkeley, and in-licensed by Cerebrotech.  Changes in the electrical properties of brain tissue result from small shifts in fluid volume and can be detected by measuring the frequency response of the phase angle between a transmitter and receiver antenna.  It is sufficiently sensitive to differentiate between types of fluids, i.e., blood and cerebrospinal fluid.

Since receiving the grant, Cerebrotech successfully completed three clinical studies, developed two succeeding generations of its Intracranial Fluids Monitor (ICF), doubled its patent portfolio, raised additional funds and grew the team from one full-time employee to ten, with the prospect of reaching 15-17 employees by Q4, 2015.  Development of the fifth generation prototype is underway.  The device has evolved into a battery-powered, wireless platform and will be miniaturized for continuous wear.  The company is working on a submission to the regulatory authorities in Europe and anticipates receiving the CE Mark in the second half of 2015.

Cerebrotech utilized a clinical trial in dialysis patients at the Baylor College of Medicine (BCM) to develop algorithms for monitoring / measuring cerebral edema.  NSBRI introduced the company to two neurology and vascular critical care specialists at BCM: Eric Bershad, M.D. and Chethan Venkatasubba Rao, M.B.B.S., who proposed the dialysis model and were principal investigators for the trial.  Cerebrotech has employed these algorithms in a clinical trial to monitor cerebral edema in patients suffering from acute stroke or traumatic brain injury (TBI).  Mitch Levinson, co-founder and CEO, stated “Cerebrotech’s ICF Monitor will improve outcomes for both acute stroke and TBI patients by enabling physicians to monitor cerebral edema and intervene earlier and thus with greater success when patients experience increased intracranial pressure.”

NSBRI also introduced the company to Jose Ignacio Suarez, MD, Section Head – Vascular Neurology and Neurocritical Care at Baylor College of Medicine.  Dr. Suarez subsequently joined Cerebrotech’s Scientific Advisory Board.  According to Levinson, his input has been extremely valuable in the evaluation of clinical models for the device.

Although the SMARTCAP grant work was completed in 2014, Cerebrotech continues its interest in the visual impairment and intracranial pressure (VIIP) syndrome experienced by astronauts and will participate in a NSBRI-sponsored VIIP study to be conducted by the Institute of Aerospace Medicine at the German Aerospace Center in Cologne, Germany in June of 2015.  This study will explore intracranial fluid shifts that can occur in a zero-gravity environment, and in the harsh atmospheric environment onboard the International Space Station. The ICF Monitor will be used to better understand intracranial fluid control during space travel.

Cerebrotech closed a round of funding in April, and will use the proceeds for advancing the monitor design and continuing to test the monitor in clinical studies.

SMARTCAP In the News